From Fukushima With Love

5 years after an earthquake and tsunami devastated over 400 kilometers of coastline in northern Japan, lost and abandoned pets are still finding their way into hearts and homes. For others, the search goes on as they still wait patiently in shelter.

Here are some updates on Japan Cat Network rescued pets, then and now... 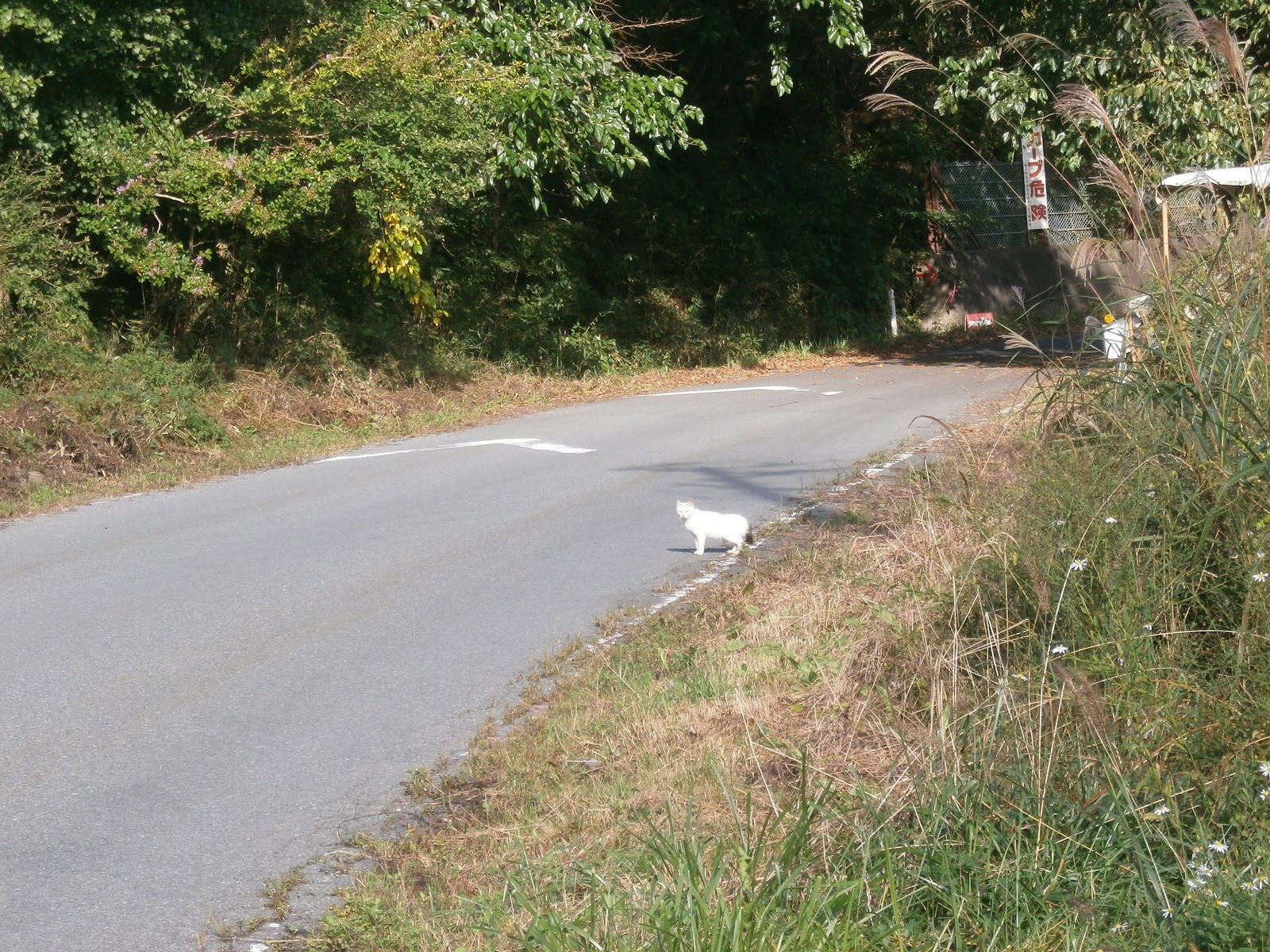 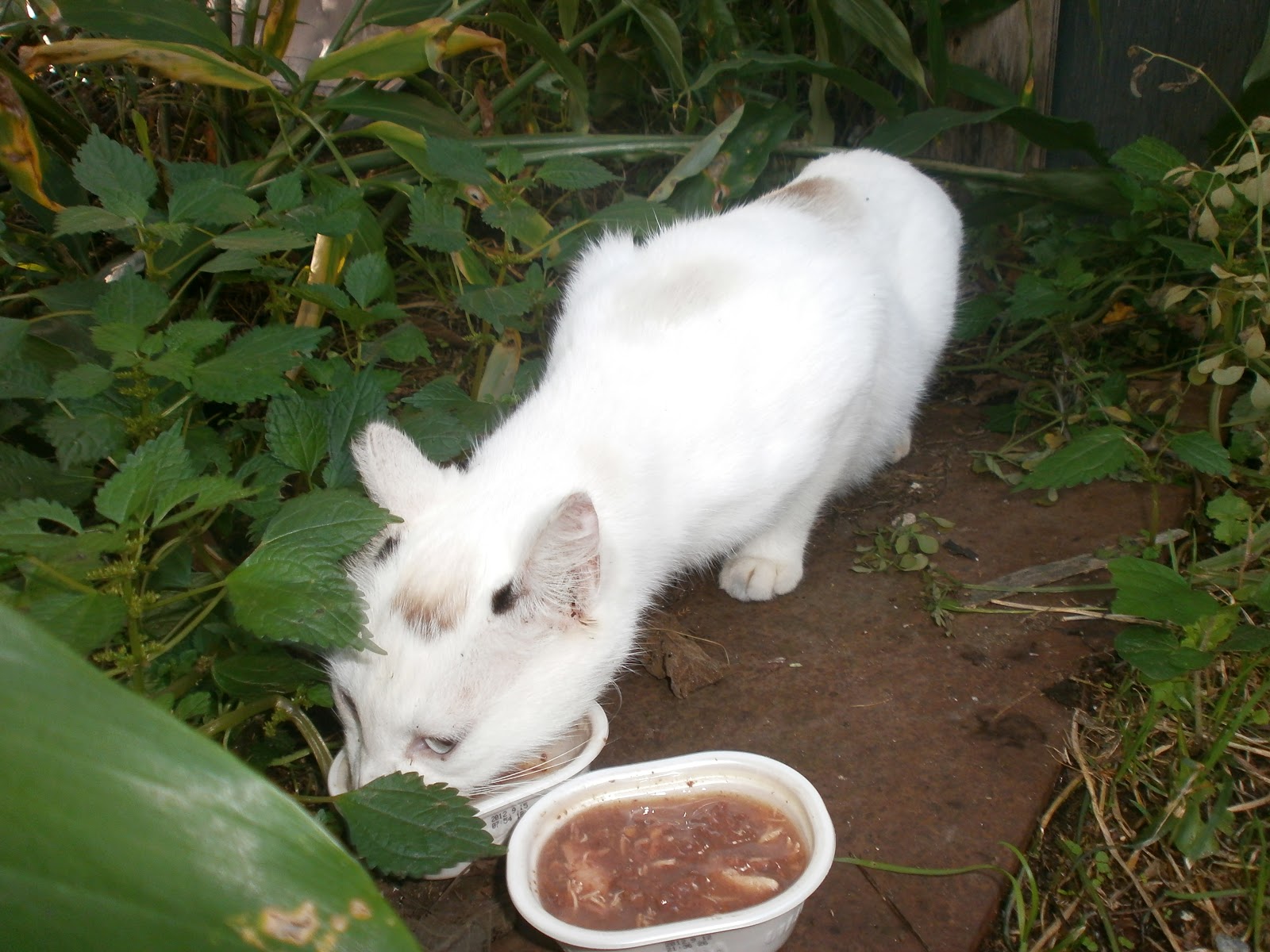 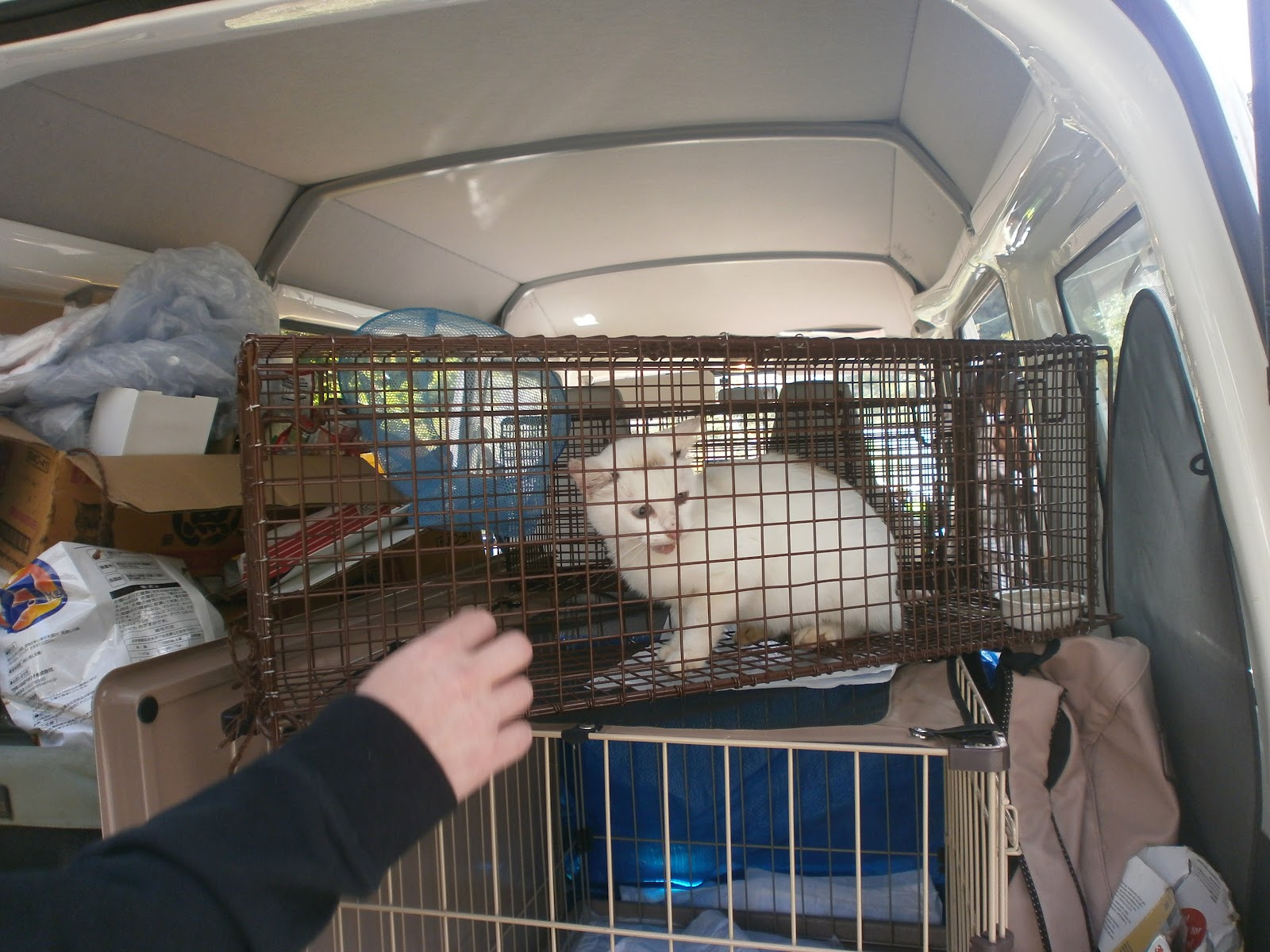 Fuku spent some time in shelter, and then in foster care. This year she finally found her forever home! 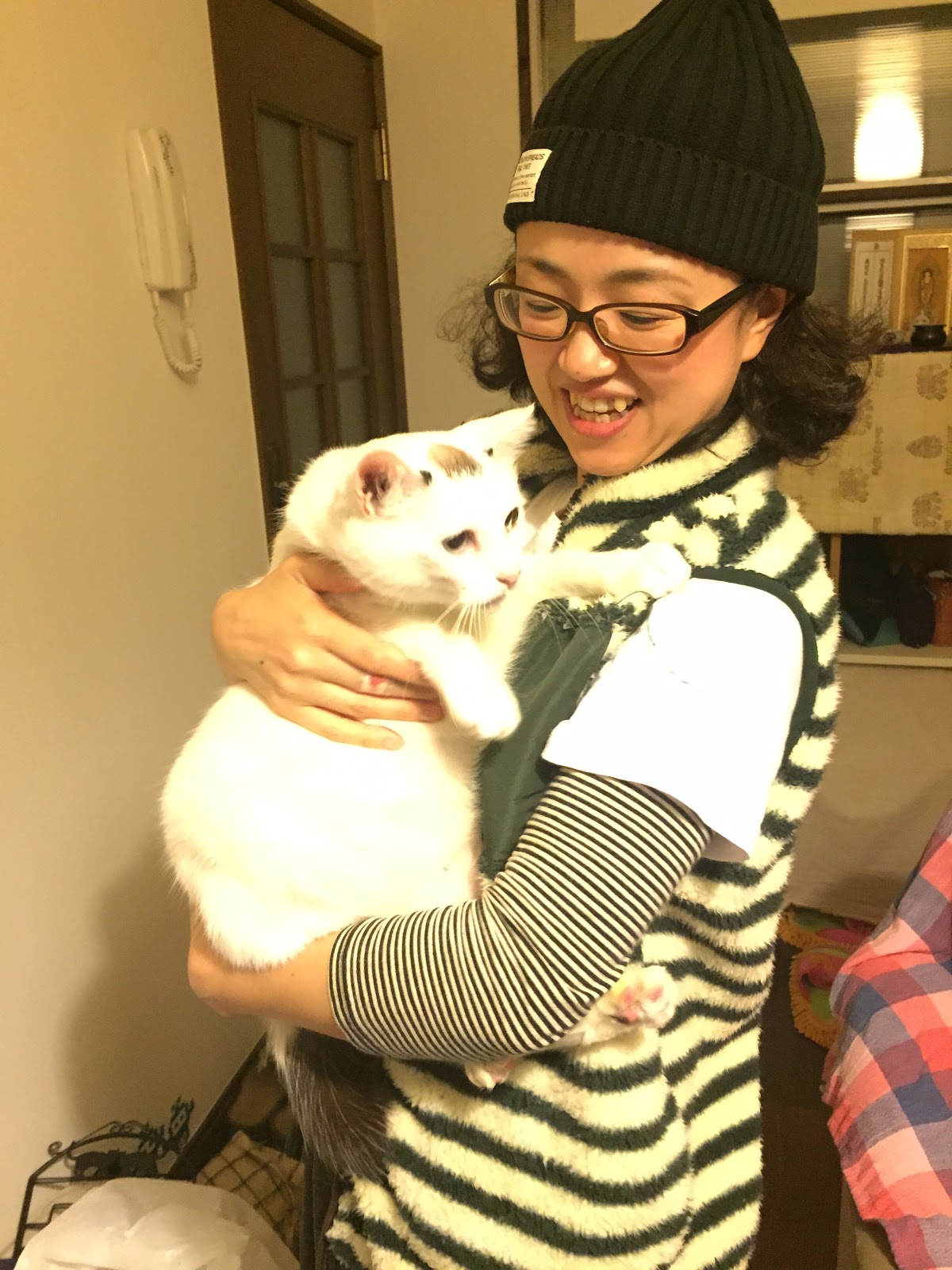 Joey was found emaciated and badly injured in an evacuated area of Fukushima. He had some large wounds, with glass embedded in his skin. It’s unknown how he got these injuries, perhaps surviving a car accident during the event or having had to escape accidental confinement. 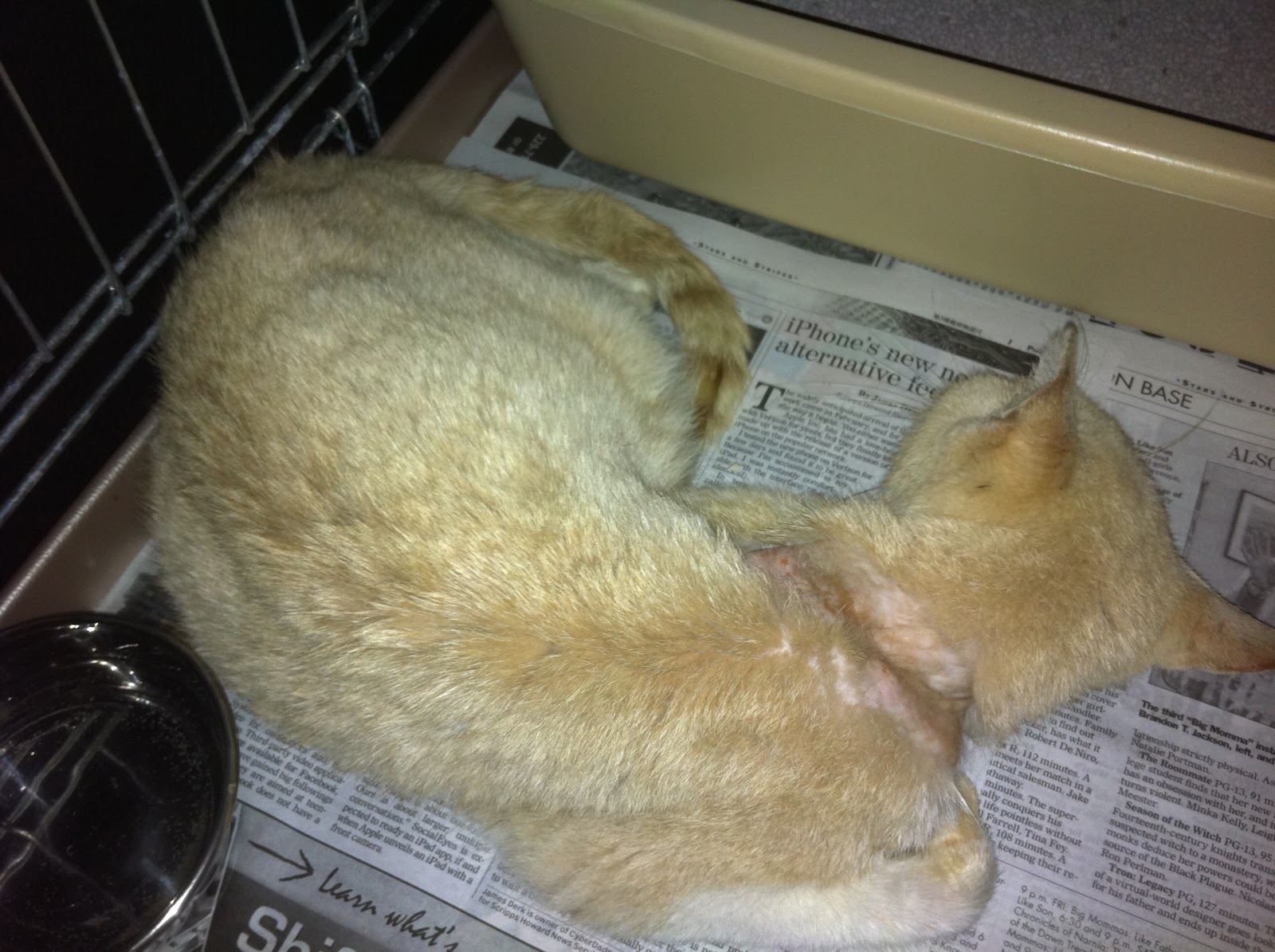 Joey spent time recovering in shelter and was adopted a short time later, along with Chloe, another Fukushima rescue. 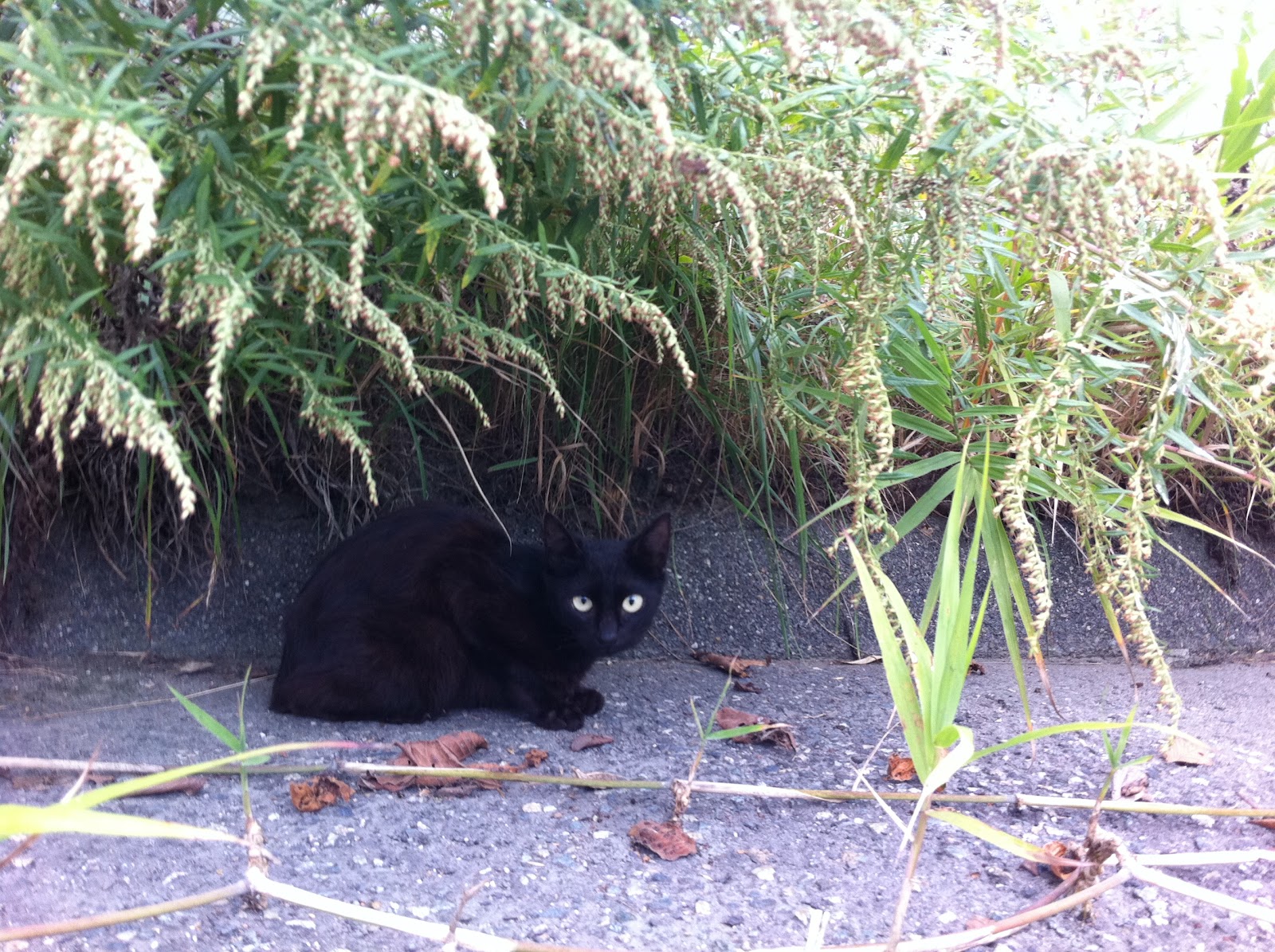 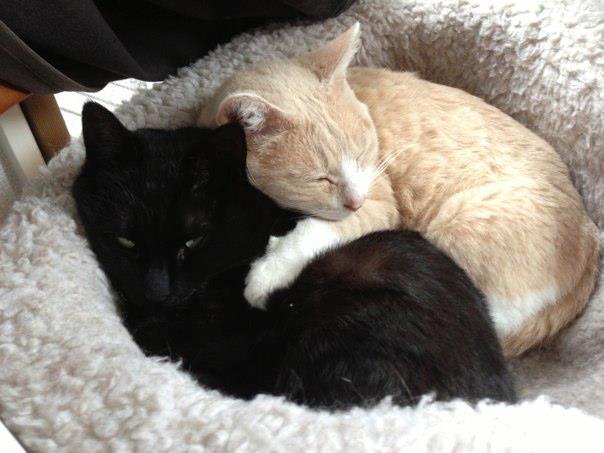 They had some happy times together, but unfortunately Joey’s health deteriorated, due to Feline Aids. He needed daily specialized care, and a kind caretaker stepped forward this year. Joey continues to hang in there warming the hearts of the volunteers who know and love him. 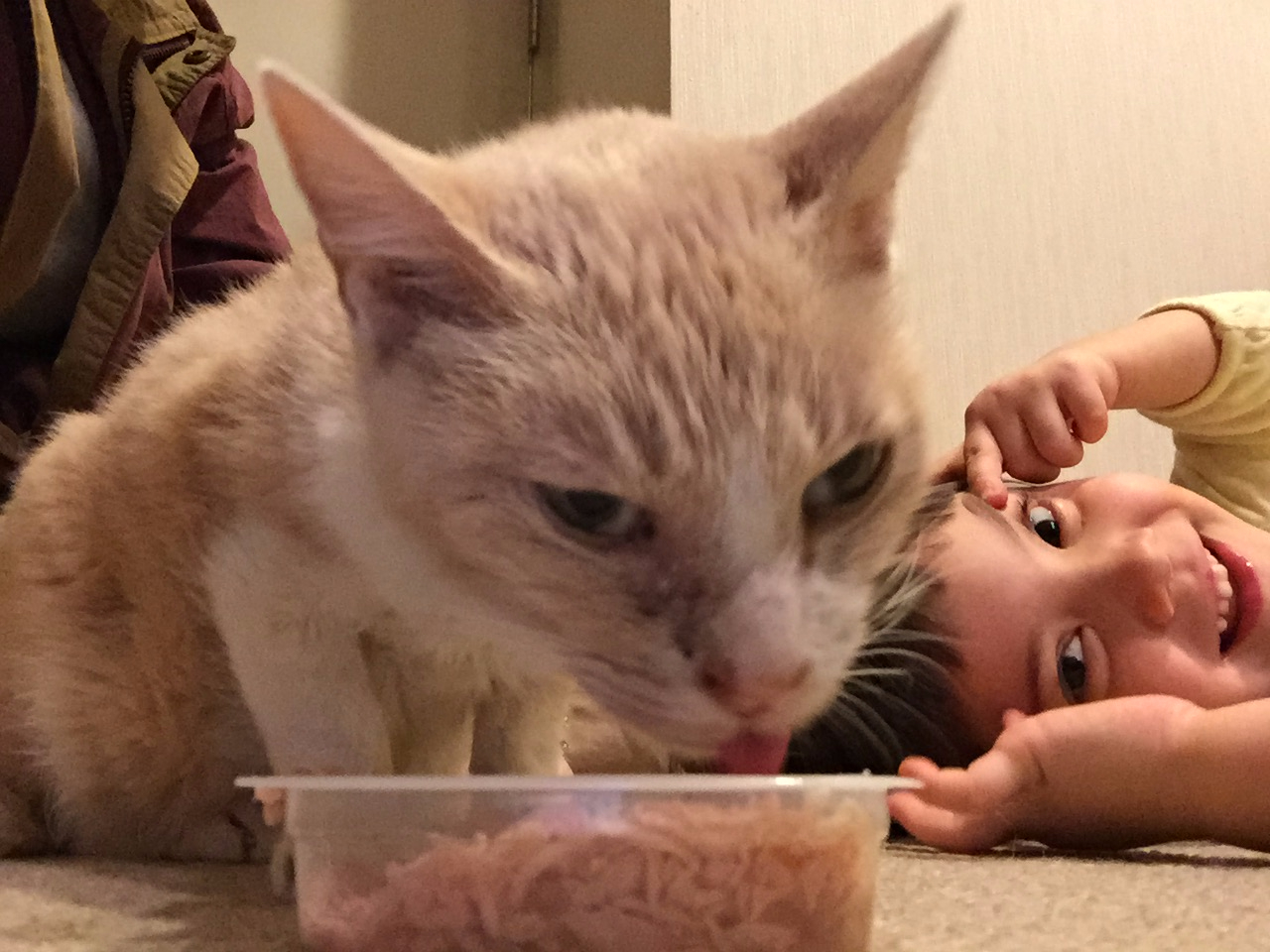 Ippo was found near one of the Japan Cat Network feeding stations, set up in evacuated areas of Fukushima, in order to provide regular access to food for left behind pets. 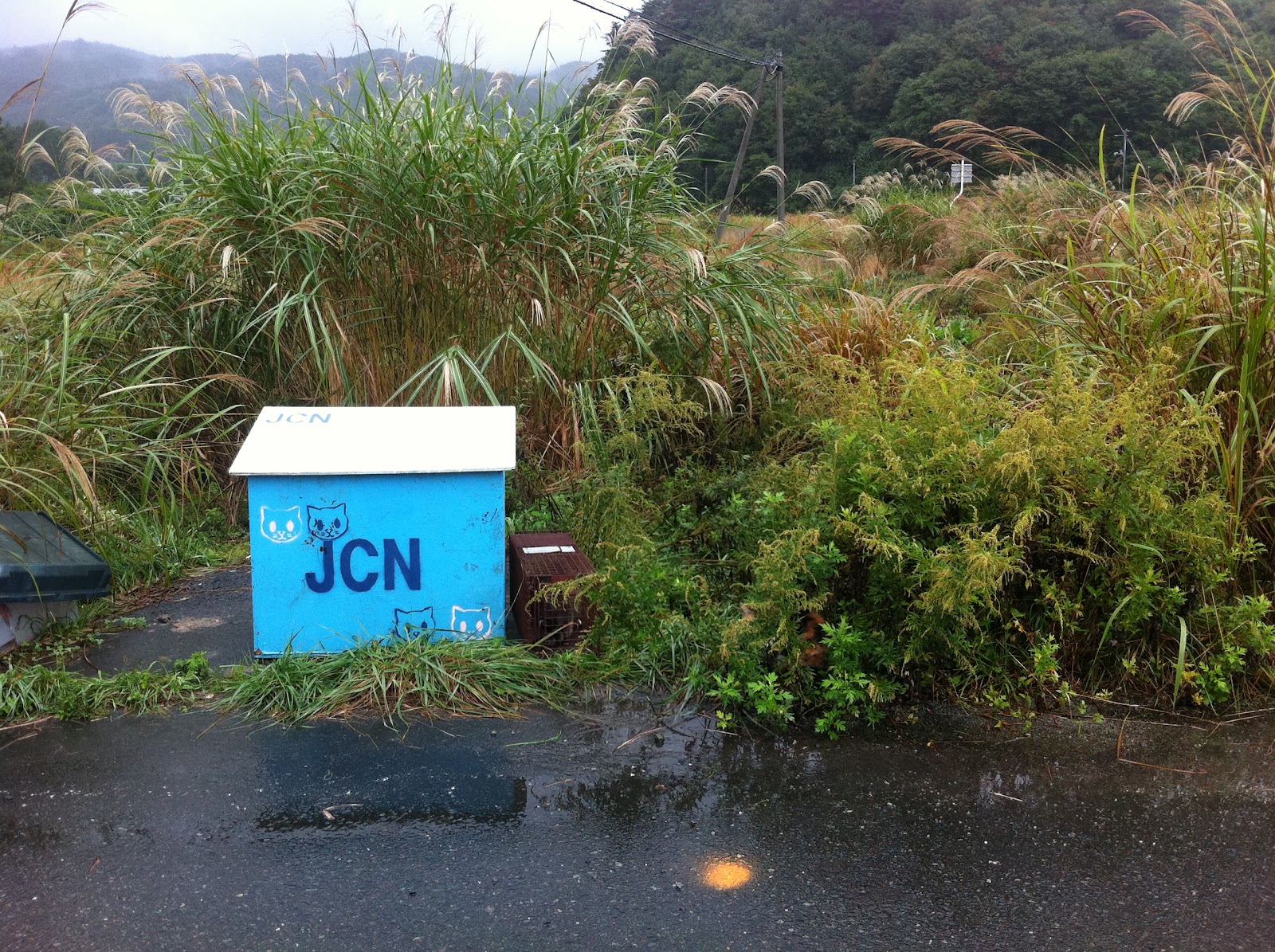 This is probably how he survived for nearly a year following the disaster. He’d managed to do that with only 3 legs, despite an increase in predators in these areas. 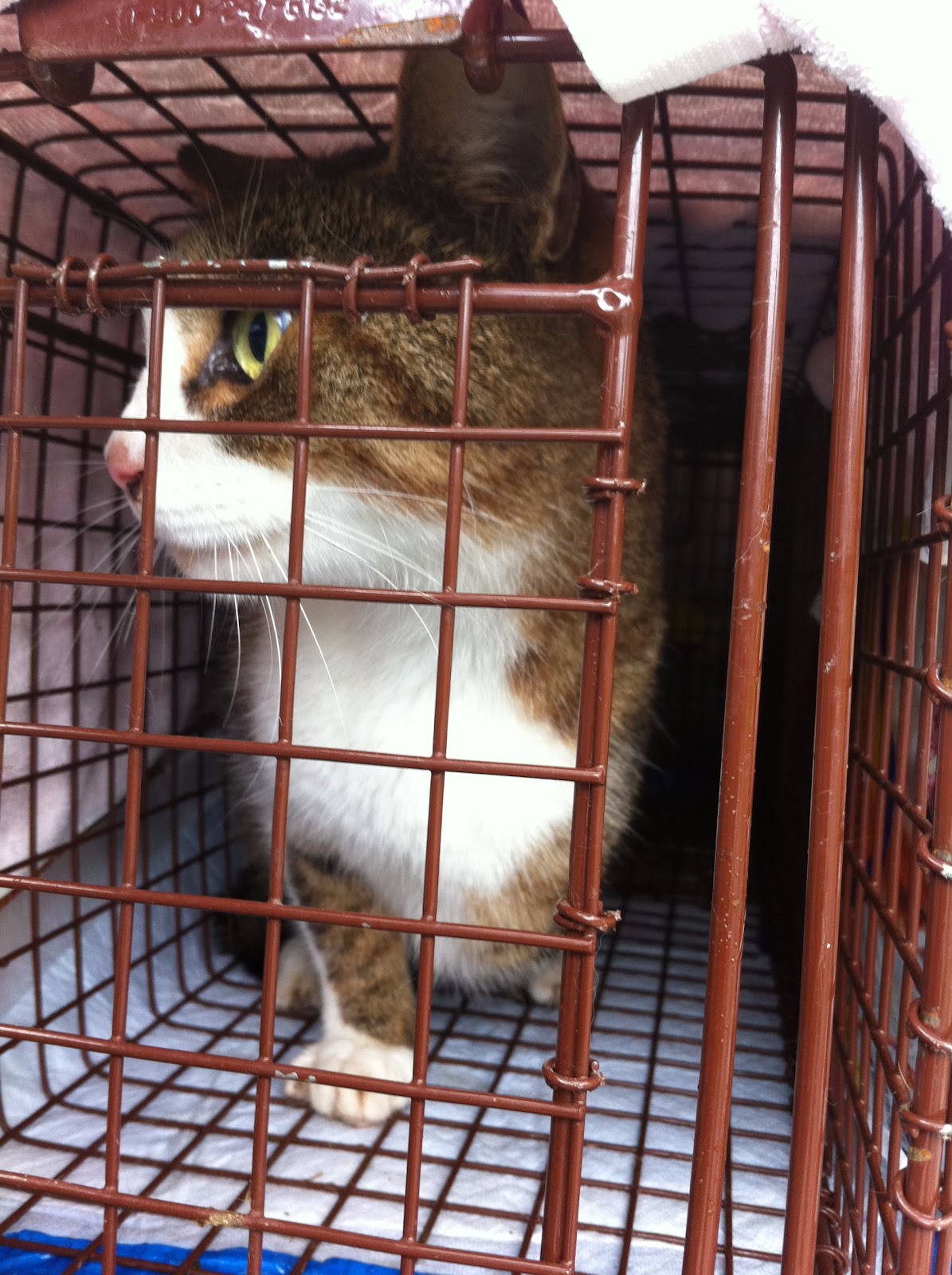 Ippo was very popular with shelter volunteers, and also spent some time in foster care. 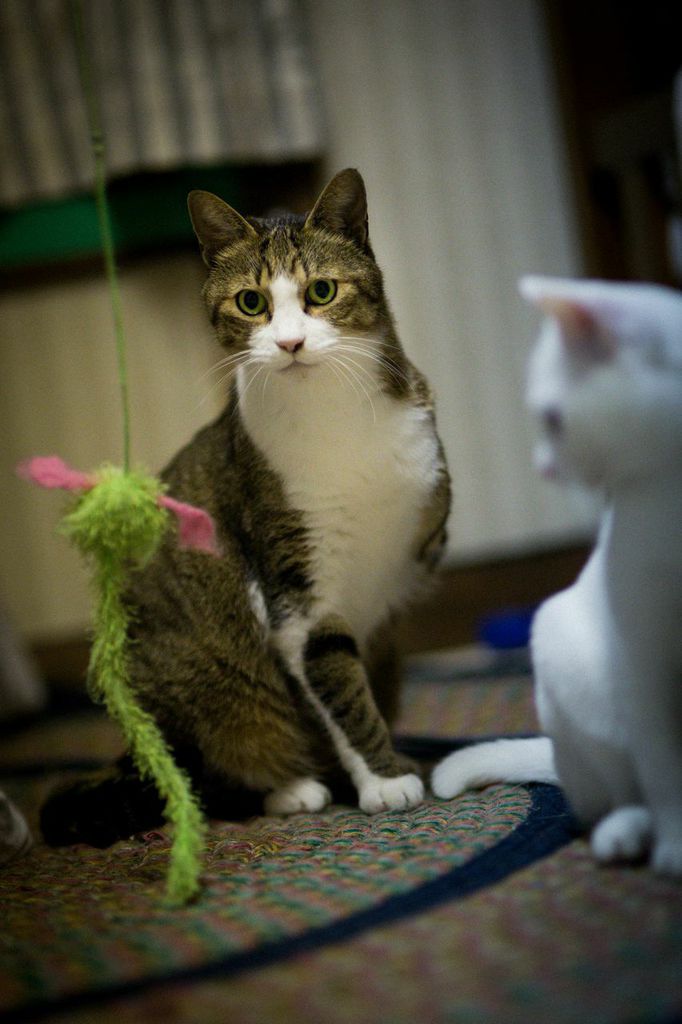 He was adopted this year, and now is the star of his own home! 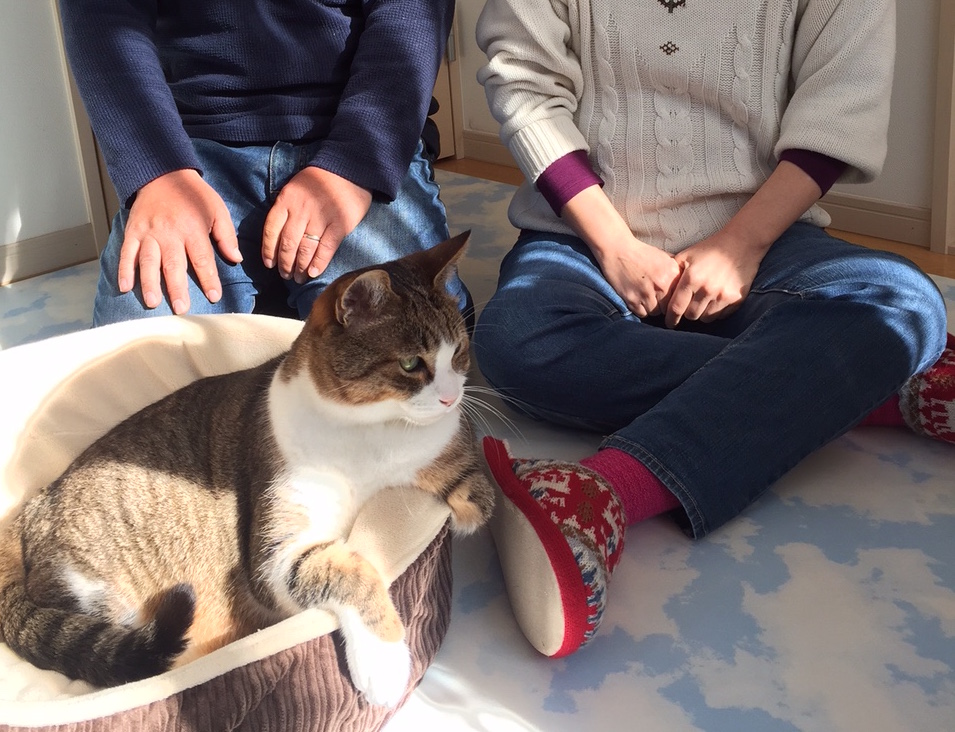 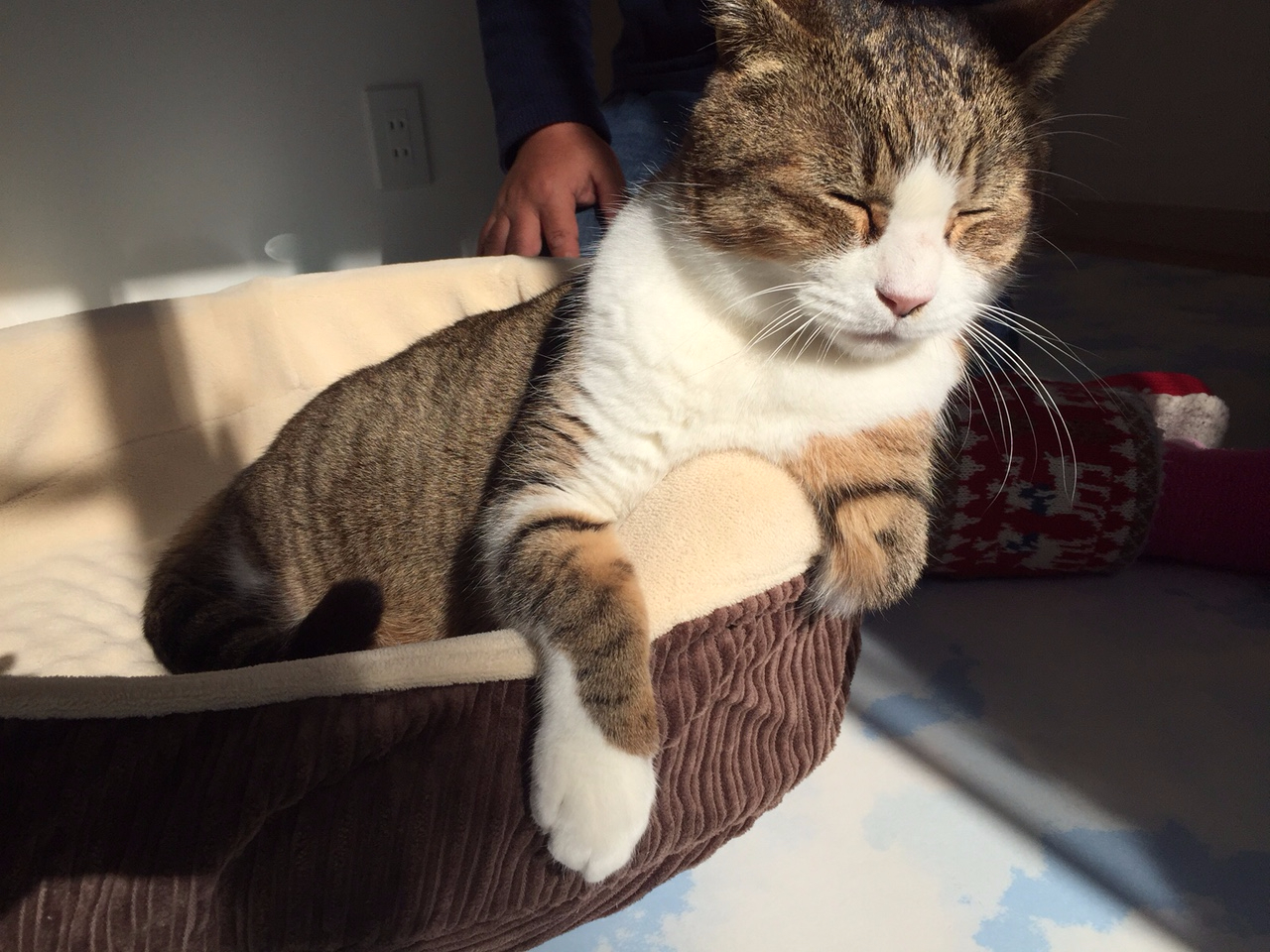 Akari was found late one night on the way out of an evacuated area, after a feeding and rescue trip. She was walking down the side of the road, thin, and in the same location that we’d seen a cat who had passed away the week before. 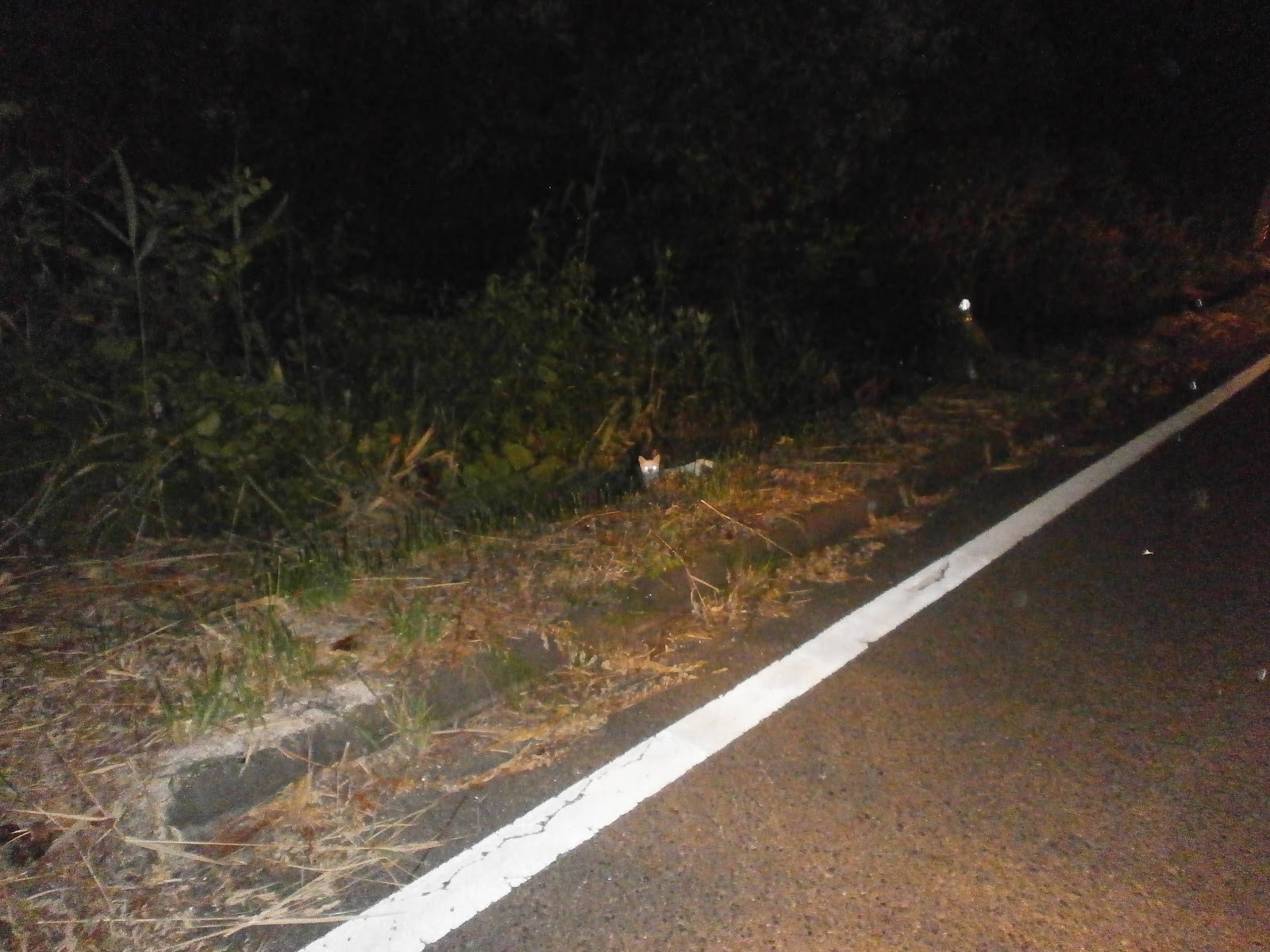 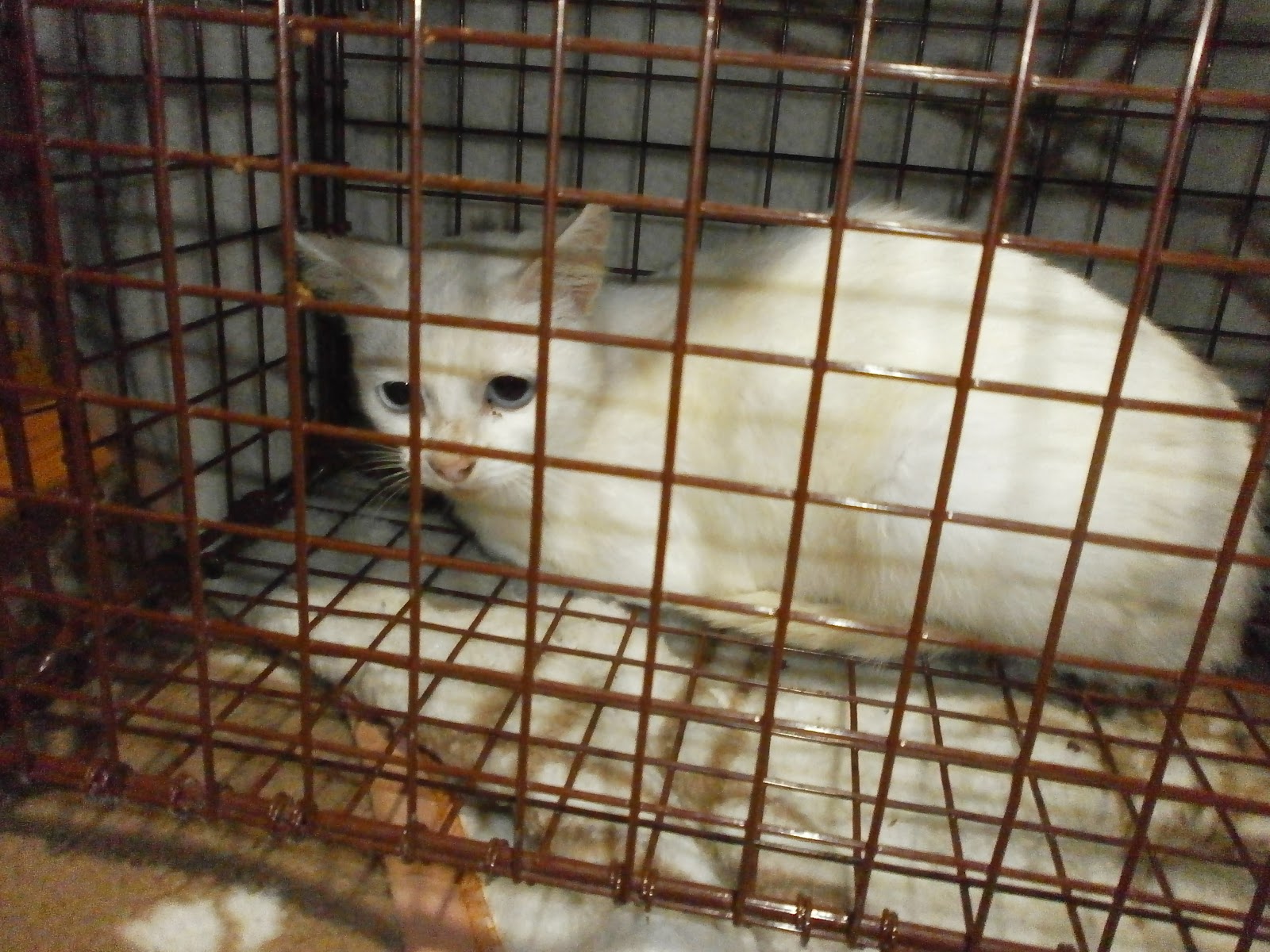 Akari had many internal parasites, from eating anything that she could to survive. She had a long and hard recovery, but eventually went home to live with a couple of kind volunteers. 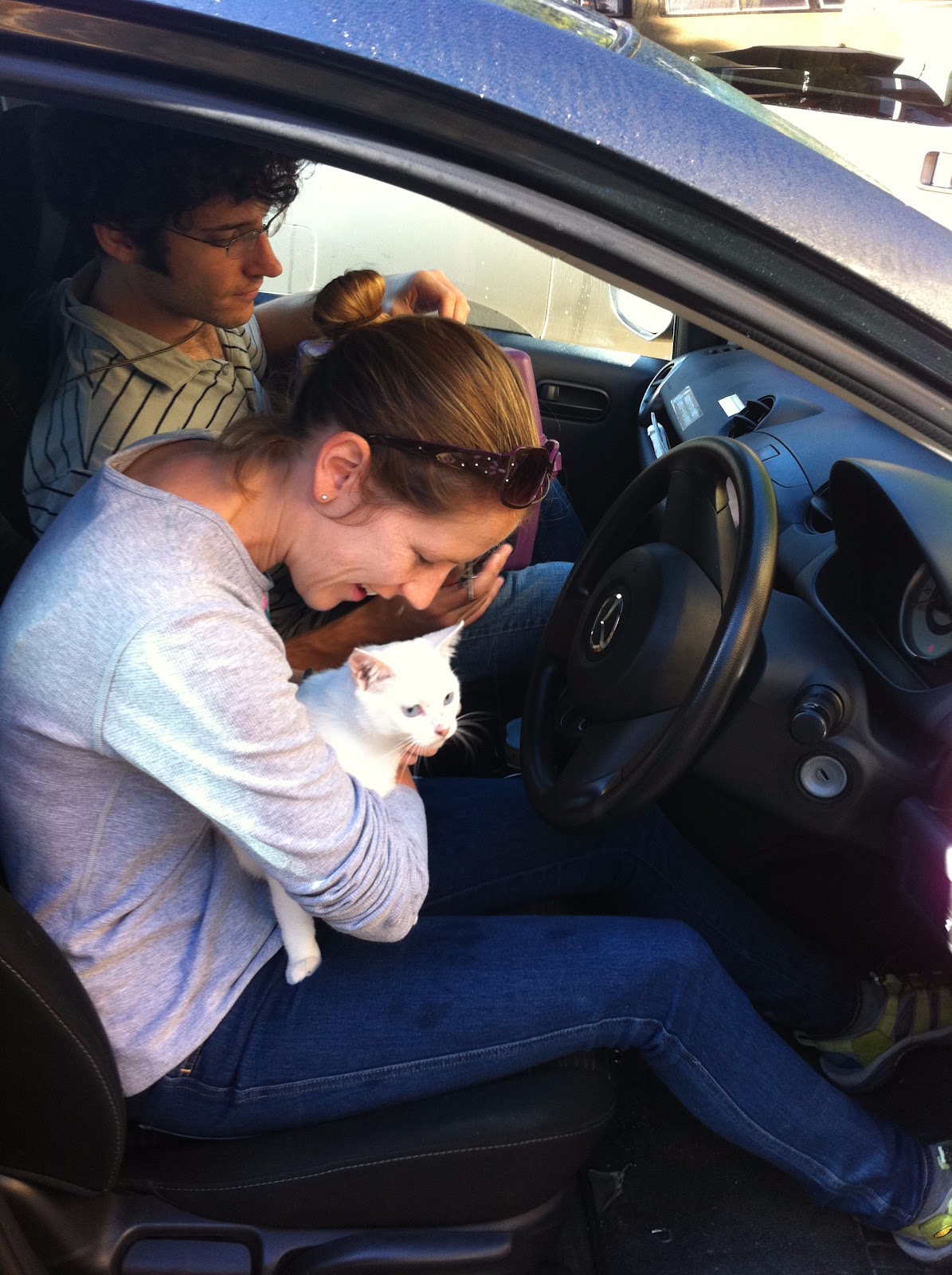 This year Akari moved with them to the United States to be their forever family member. Congratulations on your new home, Akari! 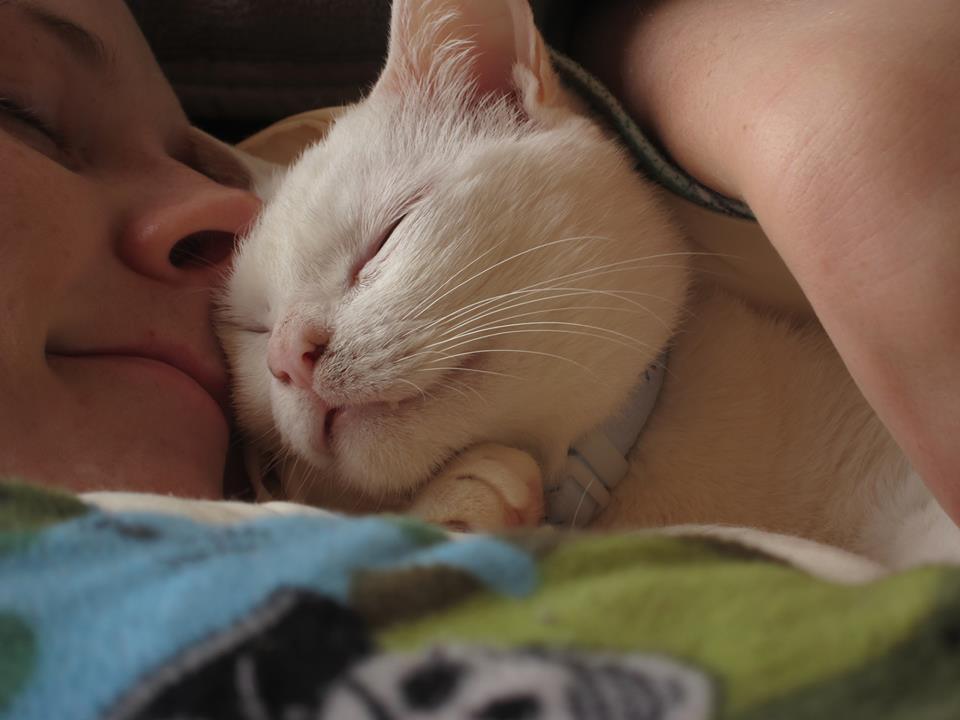 Setsuo was rescued farther north in Iwate, but he spent time in the Japan Cat Network Fukushima shelter. His guardian was forced to give him up, after neighbors at the evacuation center complained of allergies. When Setsuo arrived, perhaps he was stressed about all of the recent upset in his life, and he sometimes swatted those who tried to get close. But after time, he became a big softie and settled into shelter life. 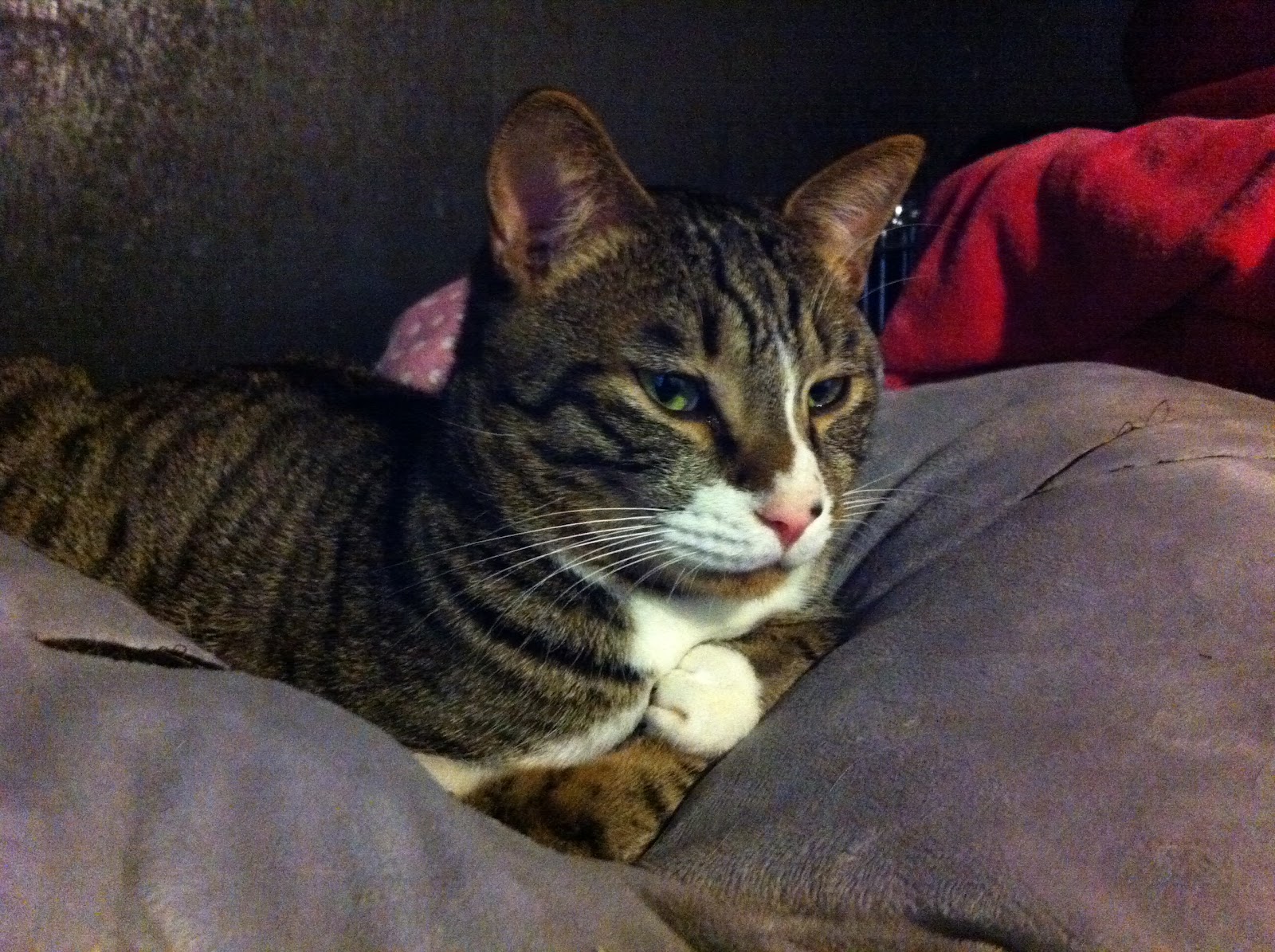 Setsuo finally found his forever home this year, and could not be happier! 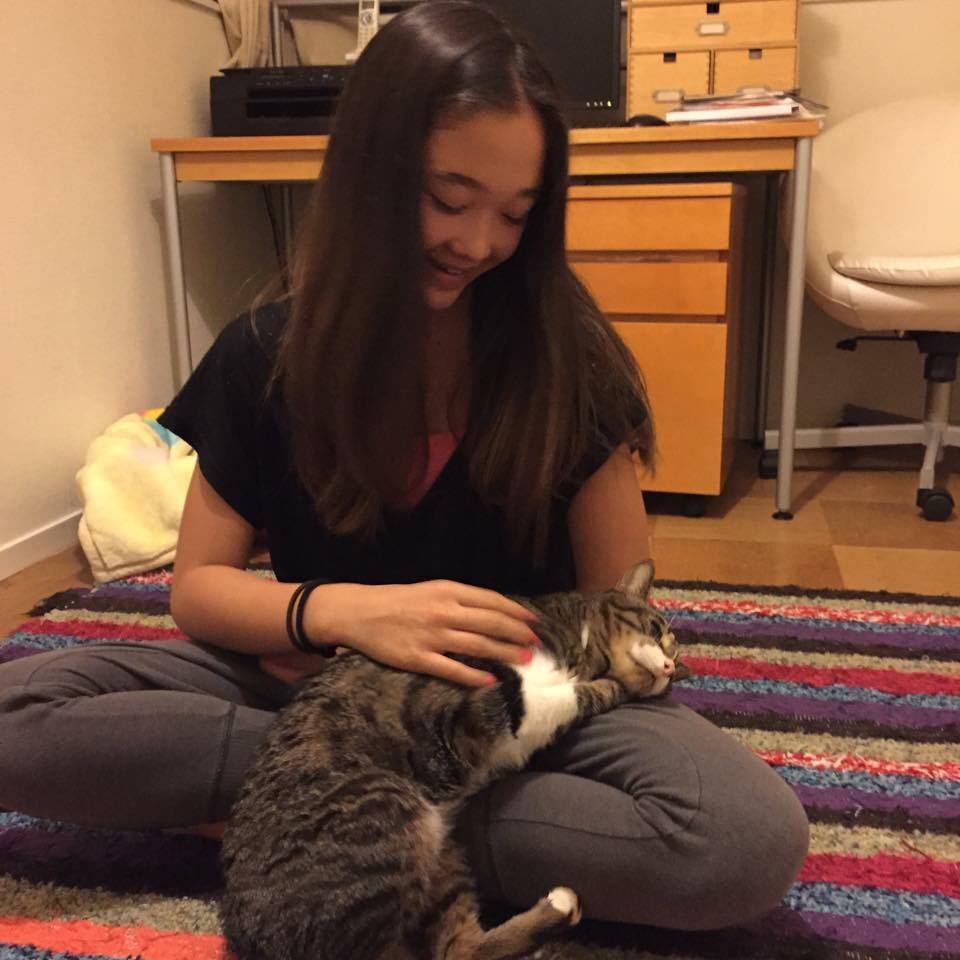 We've received some pretty cute photo updates on adopted Fukushima rescue kitties Izzy and Tiger (formerly Meredith). These two were found abandoned near an evacuated farm. They were so starved that Izzy climbed up a volunteer and knocked the dry dog food she was carrying to the ground, then tore into it.

Well, these two happy kitties sure aren't starving now. They are living large and loving their baby sister :-)

A nice photo update for Jimmi, with his forever family now living in the United States. Jimmi was found in an evacuated area of Fukushima, near one of our feeding stations. Early on, we tried to mostly pick up sick, weak, or injured cats, so that we didn’t over crowd the shelter. But, Jimmi followed us right to the car and jumped in. He’d had enough of living all alone in the evacuated area and was ready for some company. He stayed at the shelter for only a short time before heading off to live with his adopted family.

Nikki was found in an evacuated area of Fukushima, waiting and crying by the side of the road. She was thin and very hungry. You can see in the video how happy she is to have found friends with food!

Nikki is still at the JCN shelter in Fukushima, because she’s had some dental issues, and that puts her in the special needs category. However she has since had most of her teeth removed, and is so very friendly. Please contact us if you are able to make this Nikki’s year for her forever home! 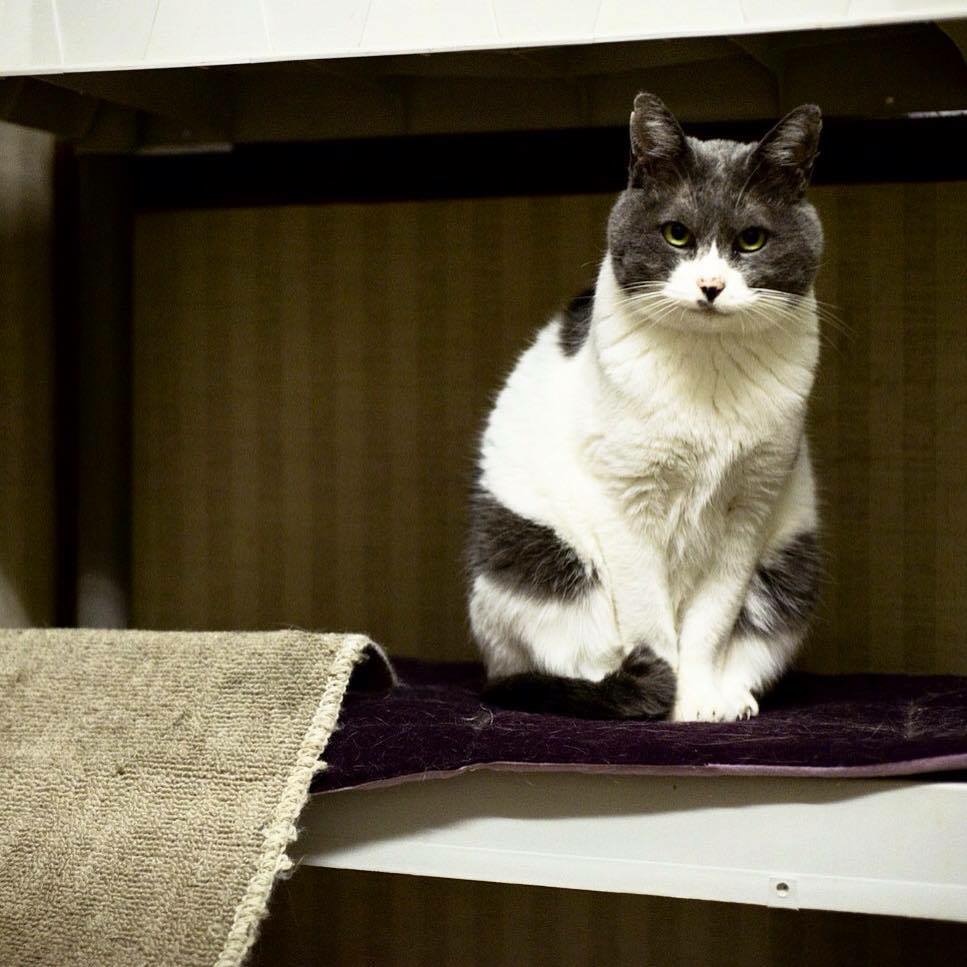 Japan Cat Network also rescues dogs, and one of our all-time favorites is Cha-cha-maru. He was found wandering in an evacuated area, first spotted on top of a hill. We tried calling out to him, using some popular Japanese names...Cha-cha, because he was brown, and Maru because it’s a popular dog’s name in Japan. He came down the hill as fast as he could! 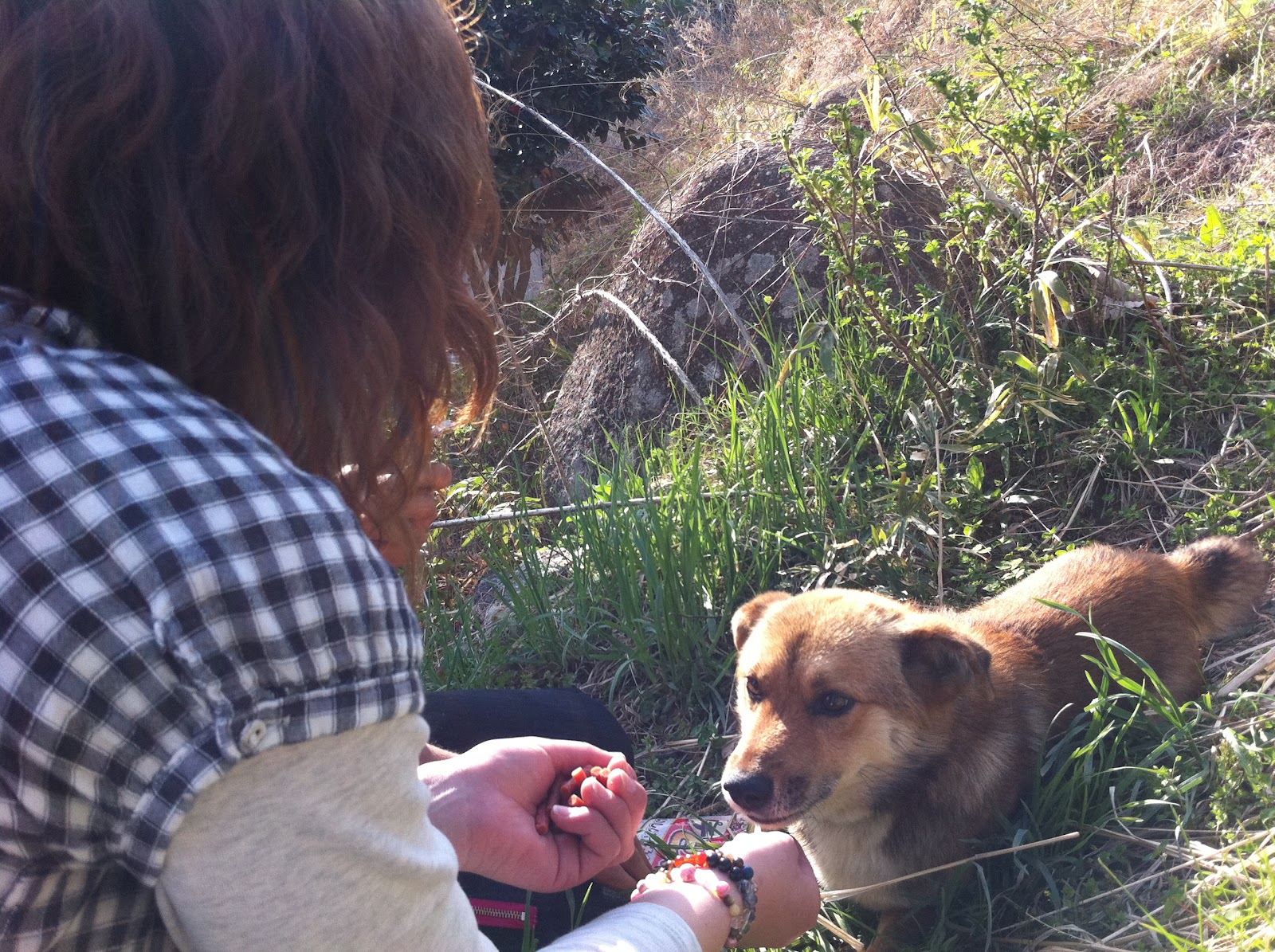 We’re not sure if that was actually his name or if he was just REALLY glad to see us, but after that, he has always been Cha-cha-maru. We noticed that he had some difficulty standing, and the vet told us that both of his back legs had been previously dislocated. The vet speculated this had happened as he desperately tried to force his way out of an enclosed space. 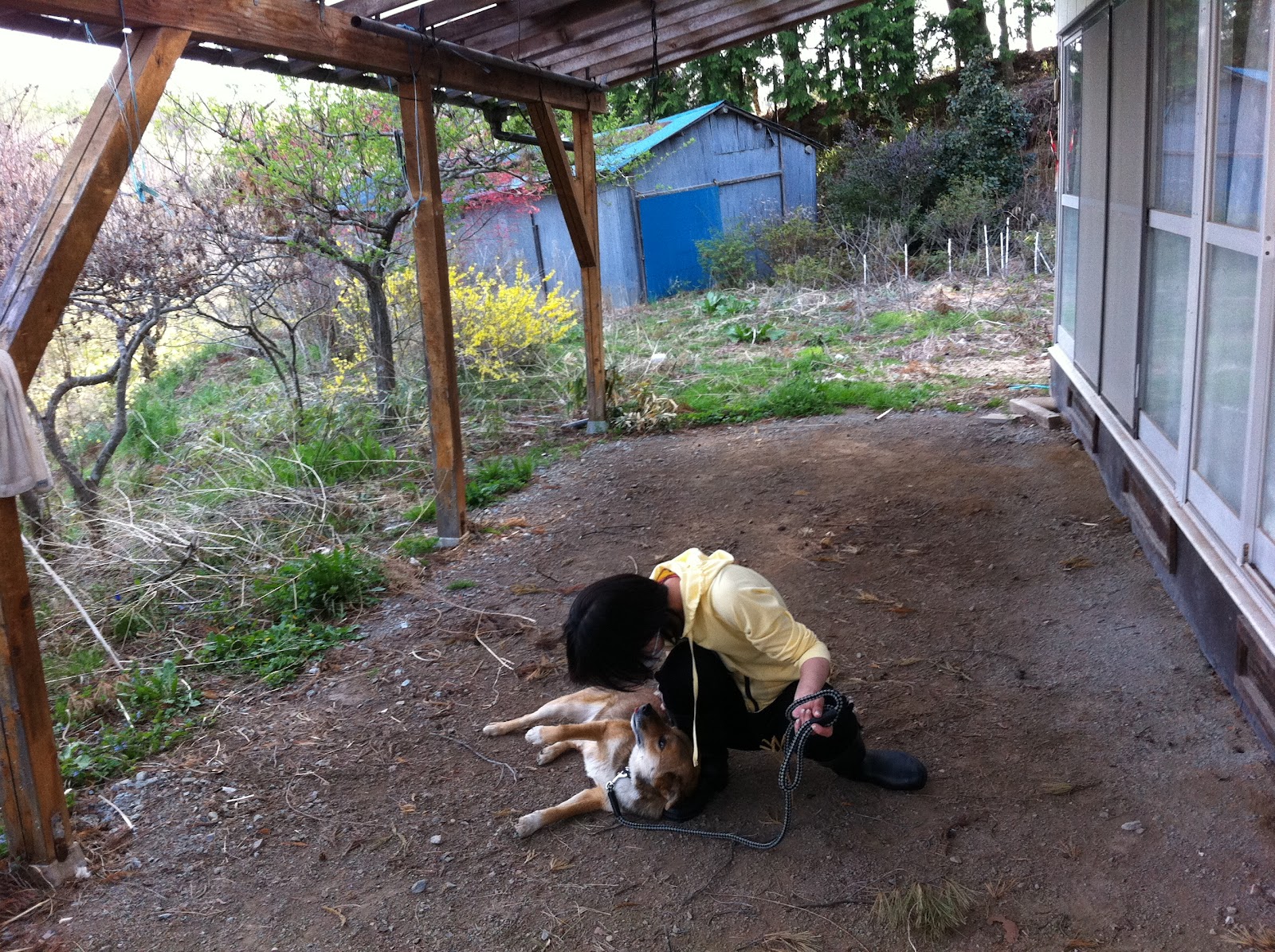 He has made a good recovery and now lives at the JCN Fukushima shelter with his good friend Addy, once a left behind mama dog (Her puppies have all been adopted). 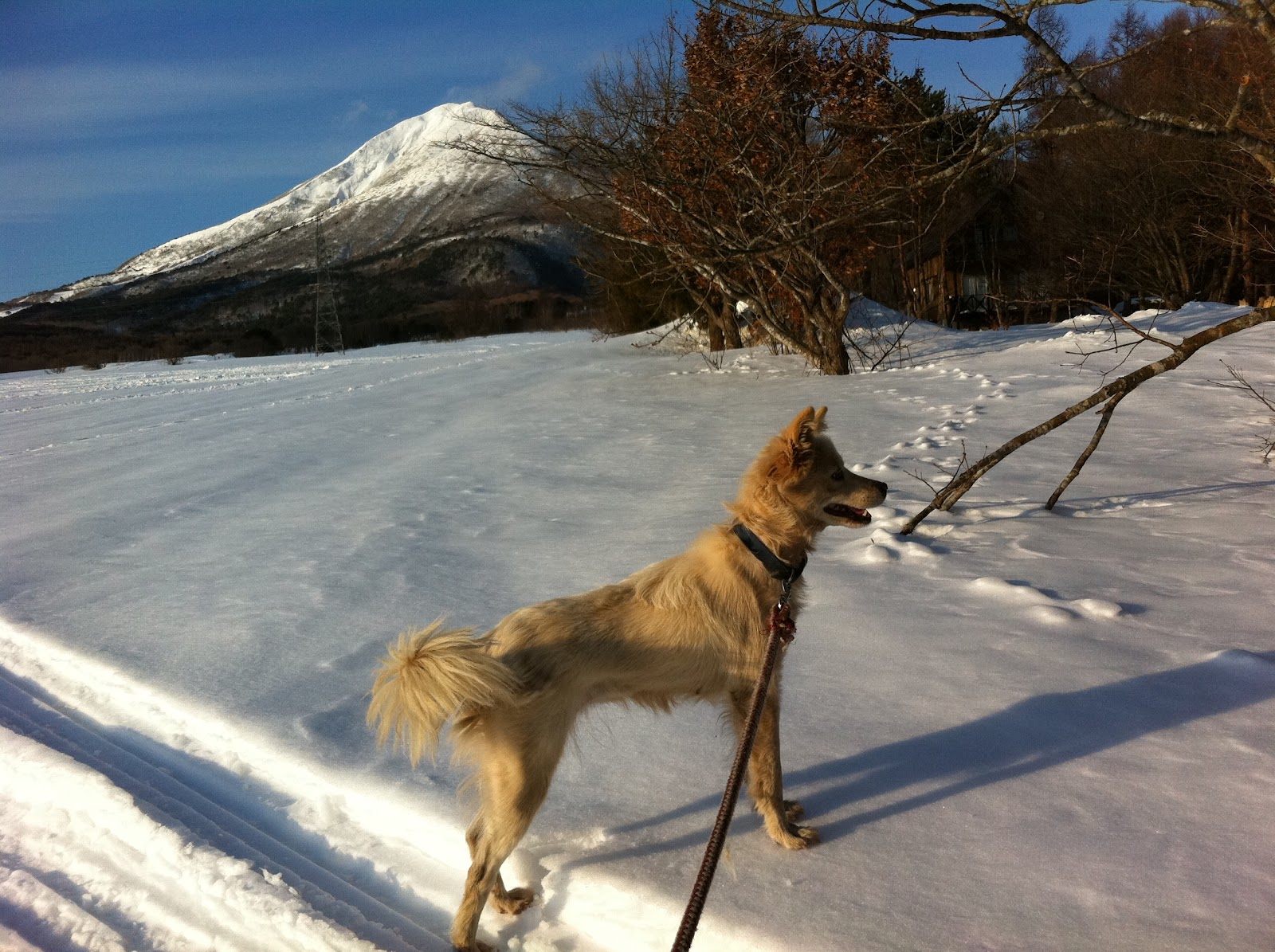 Addy has some anxiety issues, and can’t really bear to be left alone by her human companions (we can’t blame her, after what happened). She has tried a few homes but has been too much of a handful, needing constant companionship. Now, Cha-cha-maru is her best buddy, and so together they must stay. They are looking for a home together, or a kind sponsor who will send them treats and virtual love. 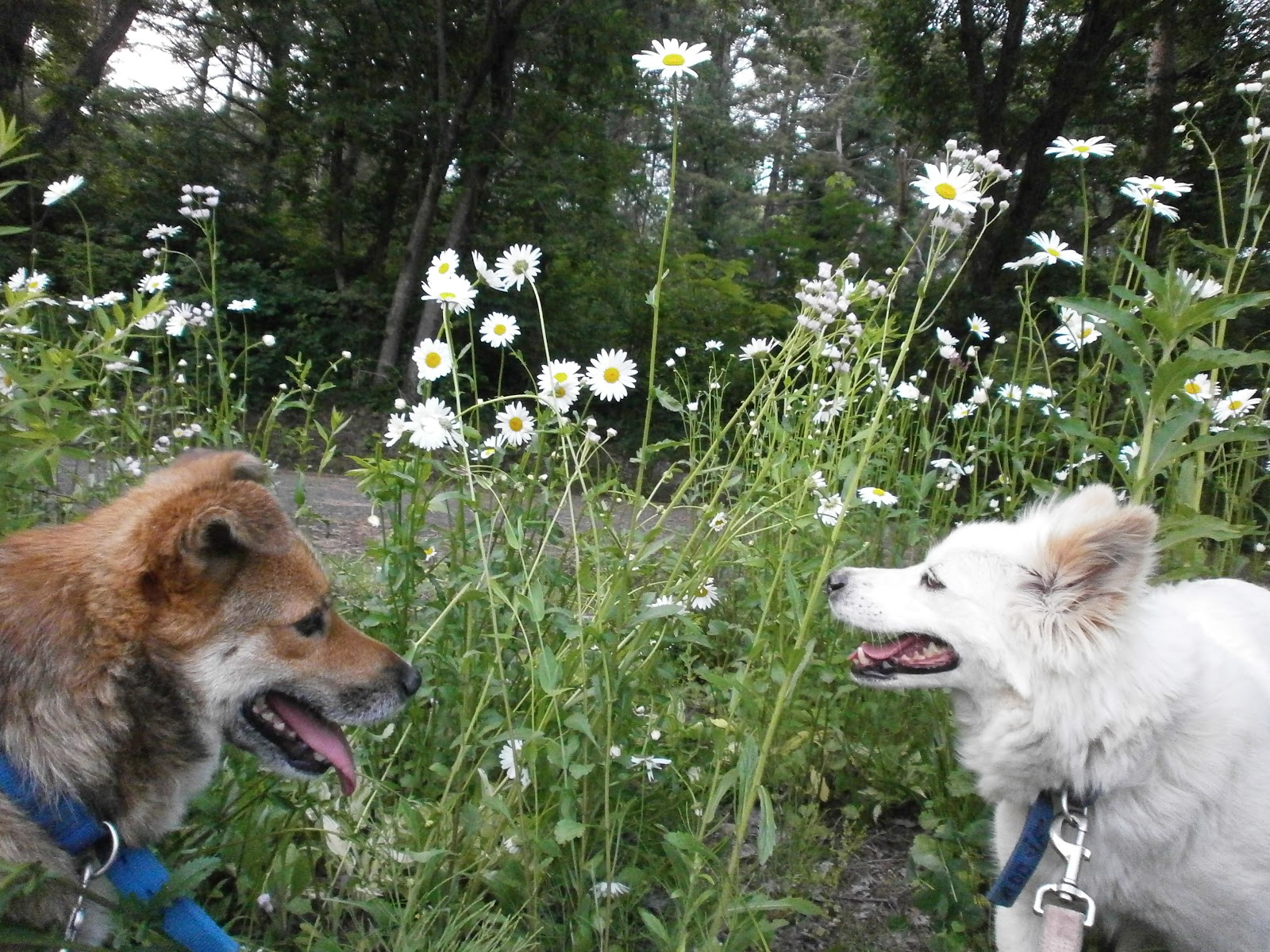 There are many more pets still being sheltered in Fukushima, and they continue to need your support. Please contact us via japancatnetwork.org to adopt, foster, volunteer, or donate. Check in again this week to see more updates on earthquake and tsunami rescued pets.